God working through members of Servants for Jesus Christ:

Testimony: As we were crossing the street the Lord put it on our hearts to share Jesus with this elderly man. As we started to ask him about Jesus, he start to cry. He was 80 years and we prayed with him to receive Jesus as Lord and Savior. His whole face was glowing with God after the prayer and he said he lived in an old age home and was going back to tell every on the home now about Jesus! Thank you Jesus for being our SAVIOR!

2) Many people have learned the love and forgiveness of God to mend their broken heart.

Testimony: We were sharing with a girl in her twenties of Jesus saying Father Forgive them on the cross. This young girl said she was abused and would never forgive the man that took advantage of her. She also was living common law with another man at the time and was unable to have children. We shared with her that she could ask for Jesus’ strength to forgive that man that hurt her so badly. We left that day and months later this young girl came running up to me and said that after we left she cried all afternoon and was able to forgive that man. She got her relationship right with Jesus and now was about to marry her common law husband the next week! Thank you Father for your great love and compassion on us. Thank you Jesus FOR FORGIVING OUR SINS!

3) Many people have learned what the Bible says about healing and have been healed.

Testimony: One lady had polio for 40 years which struck her arm as a baby and made it skinny and useless to ever pick up anything. As we shared the Infilling of the Holy Spirit she received it instantaneously. We prayed for her arm in Jesus’ name and she felt the power of God go into her. Later on another visit she came running and say excitedly, I can pick up a potato for the first time in 40 YEARS. We went back another time with a camera and got a picture of her holding a potato in her hand that was once useless for 40 years. Thank you Jesus for being our healer!

4) Many people have been delivered from tormenting evil thoughts.

Testimony: We visited a man who every night had the devil telling him he was going to kill him and take him to hell. This man was so tormented he even made a will out and told every one what they would get of his as he didn’t expect to live long even though he was in his 30’s. He also had pain all over his body. As we prayed for him, he renounced all witchcraft he was involved with in the past and received Jesus as Lord and Savior. We rebuked the devil in Jesus’ name and immediately he felt free from the evil oppression. I then asked him where was the pain and he said all the pain disappeared also. We followed up with this man getting him into the Bible and he never has had the devil torment him since! Thank you Jesus for being our deliverer!

5) Many people have a new passion, zeal and fire to ever grow in their walk with the Lord.

Testimony: One man we shared with was the superintendent of a set of apartments. We led him in the prayer to receive Jesus as Lord. Later he came and told us how he had been sharing Jesus with everyone and asked to be the Pastor’s assistant to help the pastor out with any jobs. He now had a new zeal and fire for Jesus to live his life for God in his superintendent job. Thank you God for baptizing us with the Holy Ghost and fire and giving us power to be witnesses for you as you said in Acts 1:8!

6) Many people have been spurred on to study the Holy Bible more.

Testimony: Gary Richards has been asked to teach in places like churches and Bible Colleges (or open air services) and always backs up everything with chapter and verse from the Holy Bible. Students are spurred on to study and mediate on the Word of God. Thank you Holy Spirit for being our teacher and guide!

7) Many people have learned how to pray for the lost and for God’s power to come and equip them.

Testimony: As our team prayed for God’s power and anointing to come on us we came across a man drinking beer, with a cutoff shirt and he started telling us how he was better than a lot of people. We just let him share and after a few minutes he started crying. God’s anointing of the Holy Spirit that was on us got on him and he wept and wept. We shared Jesus with him and we saw it was by the Holy Spirit’s power not man’s ability that the lost are drawn back to God. Thank you Jesus for being our equipper, our protector and our intercessor!

8) Many people have been learned different ways to share Jesus, following up with them and getting them to church. 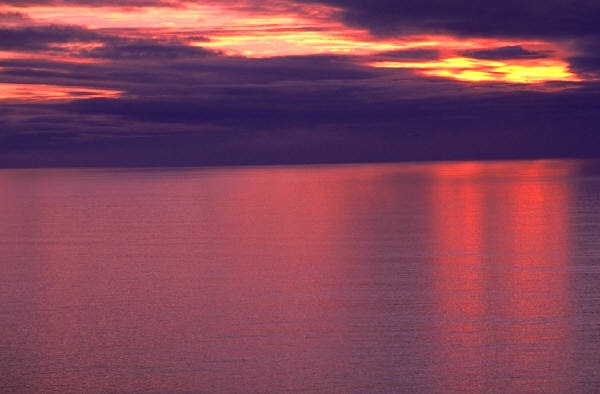 Facebook Twitter
- Servants For Jesus Christ 501C3 Organization: Copyright 1994 - present - For Donations click on the Donation menu item/Donation Policies - Jesus Loves You! - Matthew 28:18-20 - And Jesus came and spoke to them, saying, All authority has been given to Me in heaven and on earth. Go therefore and make disciples of all the nations, baptizing them in the name of the Father and of the Son and of the Holy Spirit, teaching them to observe all things that I have commanded you; and lo, I am with you always, even to the end of the age. Amen. (NKJV)